In CA: Lawmakers Look at Reparations, Company Board, and Eviction Payments – US TODAY

This is Erin Rode, from the Ventura County Star with the Monday news.

In California brings you top Golden State stories and commentary from across the USA TODAY Network and beyond. Get it straight to your inbox for free. 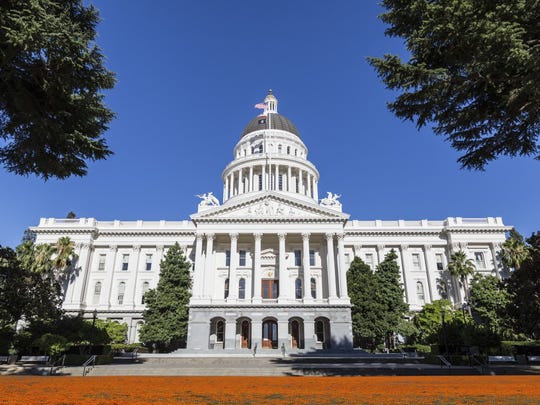 Today is a big day for Sacramento: it is the deadline for the California Senate and Assembly to pass bills and send them to Governor Gavin Newsom for signature.

Tenants, landlords and attorneys have their sights set on AB 3088, also known as the "Law to Ease and Stabilize Tenants, Homeowners and Small Landlords of 2020". The proposal, approved at the last minute by Newsom and state lawmakers, would extend eviction protection for those financially affected by the coronavirus until February. However, tenants must pay at least 25% of their accumulated rent owed between September 1st and January 31st.

CalMatters has a handy tracker of all bills passed by lawmakers and will update the list all night.

Here is an example of the bills that could become law:

And some bills, like SB 793, are already anchored in law. The new law aims to reduce tobacco use among teenagers by banning the sale of flavored tobacco such as mango and cotton candy. Governor Newsom signed the bill almost immediately after it was passed in legislature.

We come first … for coronavirus cases

Pedestrians wear masks as they cross a street amid the coronavirus pandemic in Santa Monica, California. A heat wave has brought crowds to California's beaches as the state grappled with spikes in coronavirus infections and hospital stays. (Photo: Marcio Jose Sanchez, AP Images)

August was the deadliest month for the COVID-19 pandemic in California. The Los Angeles Times reported. California reported 3,707 COVID-19 deaths in August, an 18% increase from July. Over the weekend, California became the first state to reach 700,000 cases. But once adjusted for population, California ranks 21st in the nation in case numbers.

"Comorbidities" This was also a hot topic during the coronavirus pandemic. At least 115 deaths have been linked to COVID-19 in Ventura County, and in all but two cases the deceased had pre-existing medical conditions.

This includes a man in his 90s who fell and hit his head, resulting in a traumatic injury. The immediate cause of death was listed as a subdural hematoma. However, he had also tested positive for COVID-19 in the hospital and diagnosed pneumonia, which was believed to be related to the virus.

COVID-19 and pneumonia were listed as factors in his death.

"It contributed to his death. It was part of why he died," said Dr. Christopher Young, Ventura County's medical examiner, the Ventura County Star. "Death isn't always a simple, single phenomenon … all of these things work together." 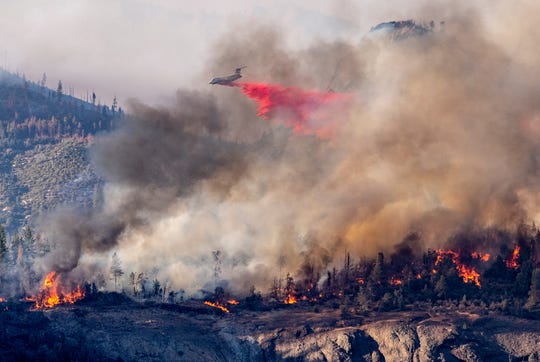 Air firefighters will attack the Sequoia fire on Thursday, August 27, 2020, behind a counterfire. The Unrestricted Sequoia Fire has burned more than 20,000 acres in the Golden Trout Wilderness area. (Photo: Ron Holman, Visalia Times-Delta)

Firefighters continue to make strides against the nearly two dozen wildfires in California, including the two Bay Area lightning complex fires that burned over 750,000 acres.

However, weather forecasts for Labor Day weekend show yet another heat wave that could increase the risk of fire and air quality in the Bay Area.

In Tulare County, the Sequoia Complex Fire continues to grow. The Castle and Shotgun fires that make up the Sequoia Complex burned a total of 36,562 acres in the Sequoia National Forest after burning an additional 10,000 acres over the weekend. More than 550 firefighters fight the fire, which is 0% contained.

Weekend rallies for Trump and the police 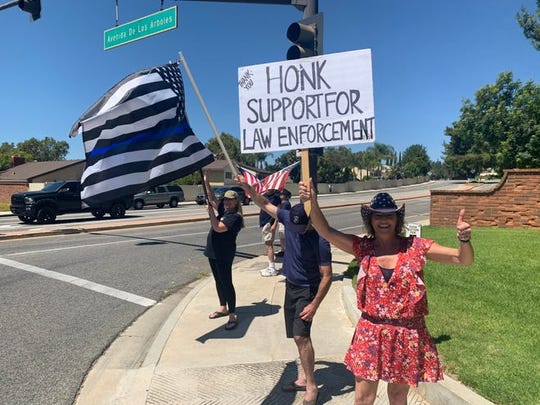 A pro-Trump caravan in the San Fernando Valley caused confusion after reports of gunfire on Sunday. No one was injured at the rally, but police received reports that a man fired at the caravan as it drove down Ventura Boulevard from Woodland Hills to Studio City. It was unclear whether there was physical evidence of gunfire or just testimony, the Los Angeles Times reported.

In Thousand Oaks on Saturday, Ventura County township residents helped law enforcement for a Back the Blue rally. More than 100 people attended with the "Blue Lives Matter" and "Back the Blue" signs, the "Trump 2020" banners and American flags.

"We are here to protest the villainy of our brave men and women in blue and efforts across the country to devalue their departments," Gina Libby, one of the event organizers, told the crowd. 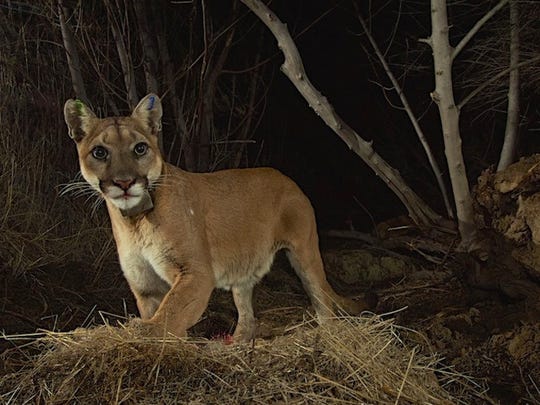 In California there is a summary of the news from the newsrooms of the TODAY Network in the USA. Contributors: L.A. Times, CalMatters, San Diego Union-Tribune, San Francisco Chronicle.